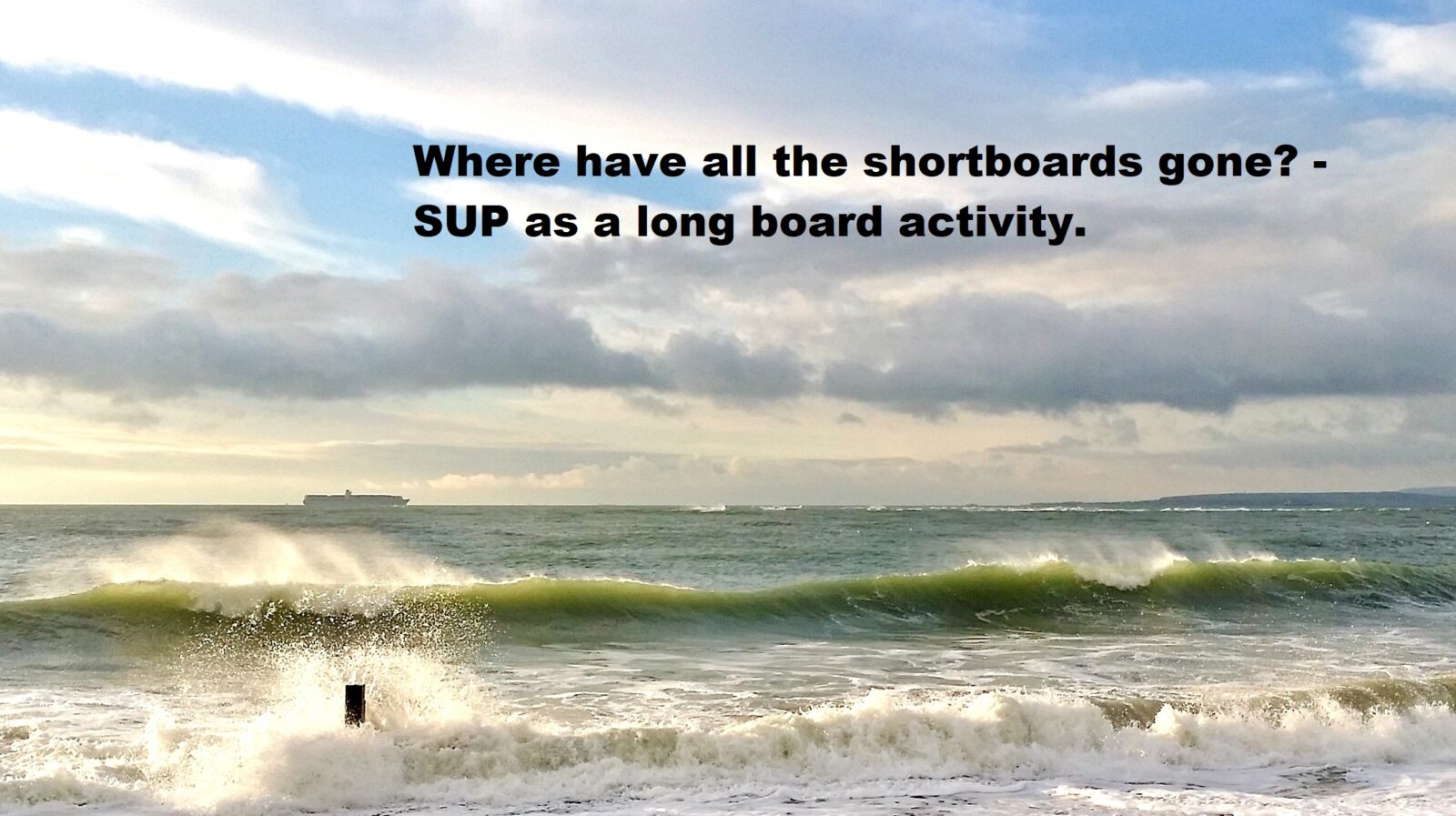 Many long in the tooth stand up paddle boarders are well acquainted with shortboard SUPs. Back in the day (even though stand up paddling‘s not that old, really) there was lots of push – from pro riders and brands – to promote how much better an experience SUP surfing with a short board was.

In the grand scheme of things a short stand up paddle board is what the wider wave riding fraternity would describe as a mid-length. So we’re talking (roughly) about boards from 7′ to around 8’5.

Stand up paddle boarding was a very different beast, even only a few years ago. Foiling wasn’t the attention grabbing phenom it is today and because of this the elite end of the SUP riding spectrum were still very much experimenting with what a board (and paddle) stuck to water could do. Particularly in surf.

Ultimately it came down to riders wanting to emulate their prone shredding cousins – and why not? When you watch a pro surfer in action you can’t help but be in awe of the flow, speed and technique on display. The scrabble to design a SUP surfing board that performed in much the same way was on.

Yet this is folly. Stand up paddle boards by their very nature are more voluminous, wider and therefore ‘draggier’ than surfboards. Plus, you have a paddle in hand. This on its own means SUP surfing will never be quite the same as traditional surfing. Try as they might, however, brands pushed on with creating shapes that seemingly defied the laws of physics for many paddlers…

Sub-100L boards. In fact, sub-90L stand up paddle boards. Widths less than 26″ combined with paper thin rails, tails, noses with super light (fragile) constructions and so on. The whole thing started to resemble a little bit of an arms race.

But where did this leave the layman paddler?

Some riders did, of course, experiment. There’re a few out there who love a challenge and seeing what they can achieve. Pretty soon though it became apparent that average weight SUP surfers (80-90kg), paddling in real world venues (such as in the UK), with limited time and commitments (such as work, families and general life) weren’t getting much additional out of testing their mettle with these ‘wave toys’.

How often have you gone to the beach, on a good forecast, only to be let down by Mother Nature? The fact is: the UK’s weather remains fickle. This in turns knocks on to our surf which isn’t exactly consistent either. Of course, we get good days. But this is very much mixed with not so good. Add to the mix rider skill and you’re on to a loser.

This isn’t meant to sound overly critical but because of those already mentioned limited windows of opportunity time on the water for most is fleeting. Even regular paddlers can’t get out every time it’s good. So what you end up with is a lower skill set when compared to sponsored riders found on social media, websites and in the media ripping on tiny boards. The whole scenario conspires against.

To be fair, brands did start to take notice. And in turn started to make their all round stand up paddle boards more accommodating and versatile. The humble 10’6, for instance, has evolved to be a board that has many facets. From flat water to recreational SUP and across into waves, compared to designs of pre-2010 your all rounder is far more able to take on the type of SUP surfing conditions we all find ourselves confronted with. This therefore leaves those short SUPs out in the cold. Why have additional boards that aren’t as fulfilling in your quiver when one will do the job you ask of it across multiple scenarios? Which brings us to 2020…

Whilst some companies do still manufacture high performance, low volume surf SUPs they aren’t as abundant (or marketed) as previous. And actually, you’d be hard pushed to find something truly in this bracket at most surf spots these days. Lightweights may benefit, as we appreciate bigger stand up paddle platforms can be cumbersome if you don’t have bigger bones.

SUP Surfing, as well it should be added, didn’t exactly explode as some predicted. The perception of needing uber technical kit perhaps put many off. As well as many riders not actually wanting (or being able) to go anywhere near a wave, instead sticking to flat water.

So ultimately, stand up paddle boarding has consolidated itself as a ‘long board’ discipline. Longer boards deliver more glide, better tracking, can still be turned and carved and don’t require the balance of a circus performer. From an accessibility point of view this makes stand up paddle boarding (and surfing) much more open than it was a few years back.

Long live the stand up paddle board!