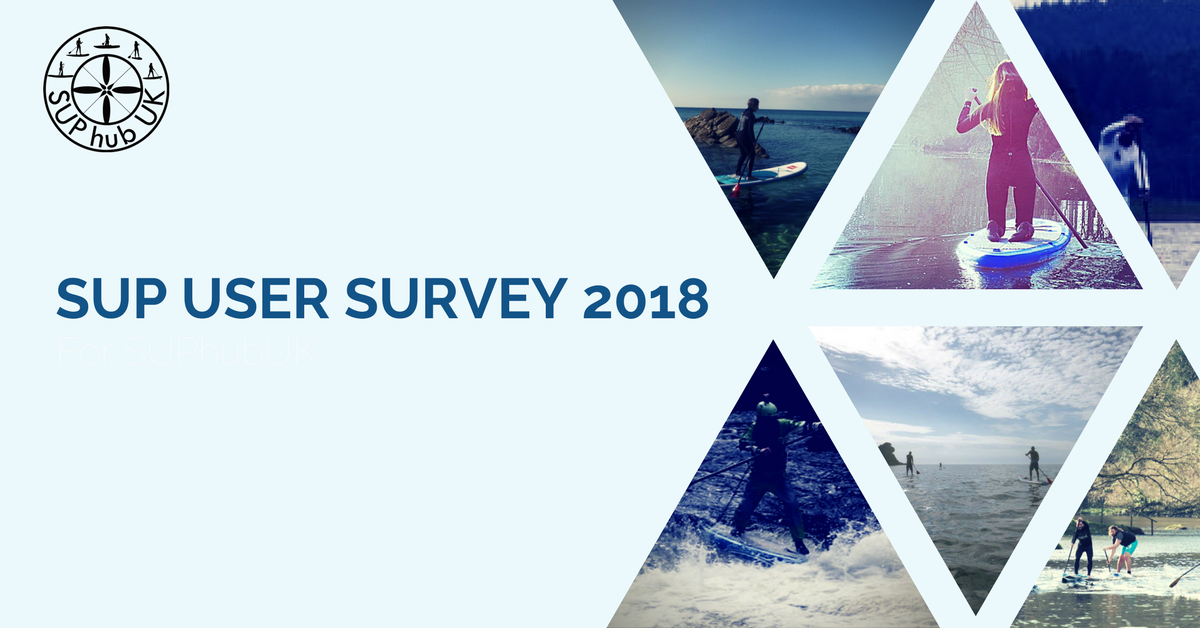 Who really is the number 1 SUP brand in the UK?

Lots of brands make this claim. Some of the claims seem contradictory, and some seem just plain wrong to industry insiders.

But there are few objective ways of telling.  Even so called independent reviews on magazines are often actually paid for by the manufacturer, and most social media groups are flooded with influencers and ambassadors who have a vested interested in promoting ‘their’ brand (1).

One way to tell is actually to survey paddlers and instructors. Obviously, the survey will still be completed by influencers and ambassadors, but when you get over 1200 unique surveys, then the impact of those influencers becomes relatively insignificant*.

When we set up the 2018 SUPhub survey, we only made the raw data available to survey sponsors immediately. However, we promised to make the full survey data to everyone, not just the sponsors, after 18 months. And we’re making good with our promise.

You can download the data here. The only information that has been removed is any protected/personal data that we are unable to share due to GDP Regulations.

Any incomplete surveys – e.g. those without a valid email address, or those abandoned before reaching the final questions, have been excluded.

The survey was completed by over 1200 paddleboarders, and we think that makes it the most complete online survey of SUPers ever carried out.

We intend to run this survey every two years to track trends and issues over time. The next survey will start on 01 February 2020.

Please register if you want to be notified.

Register to be notified of 2020 survey launch 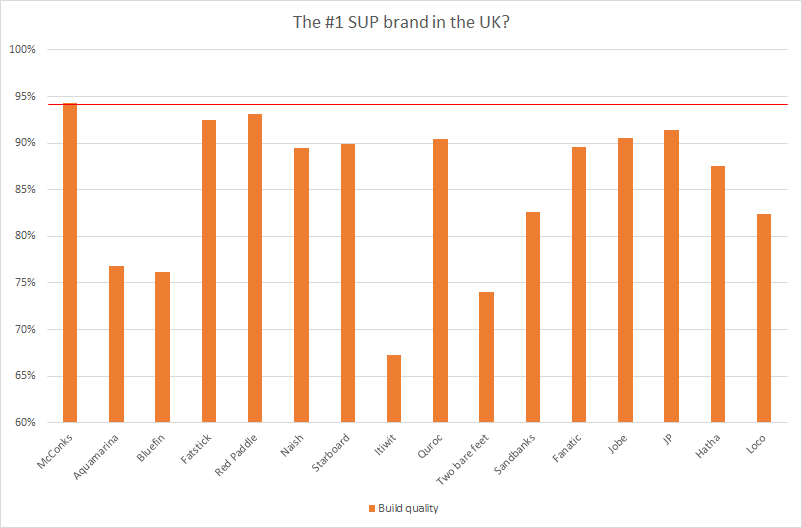 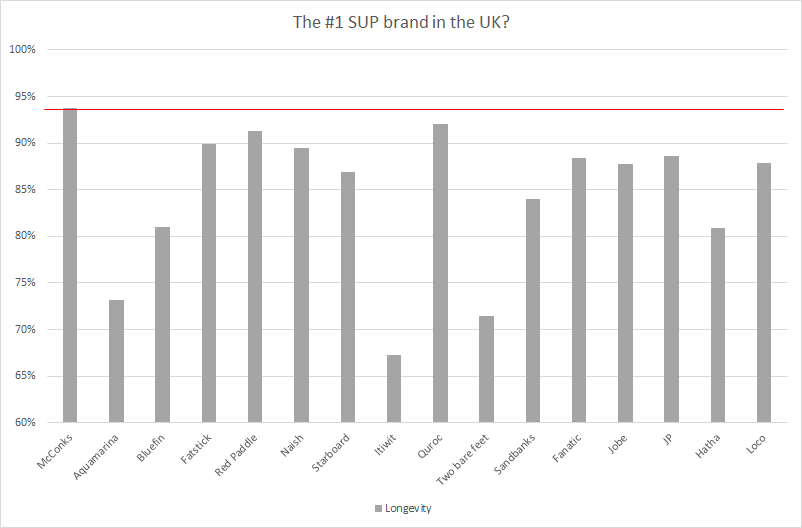 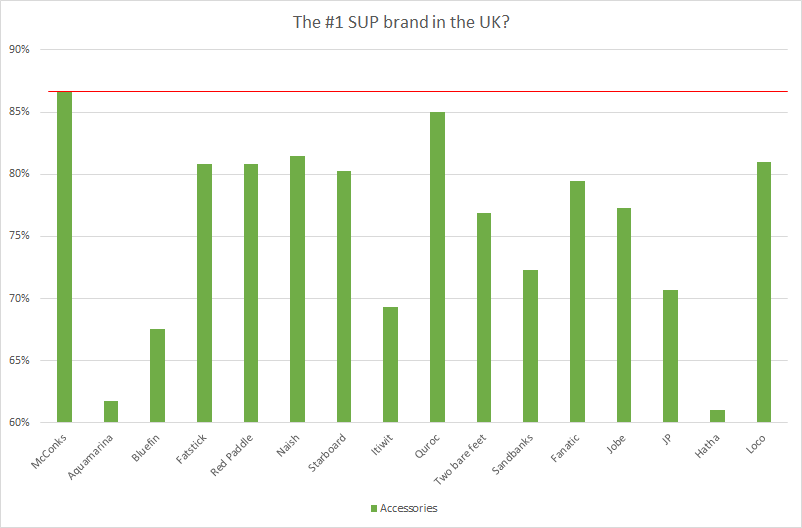 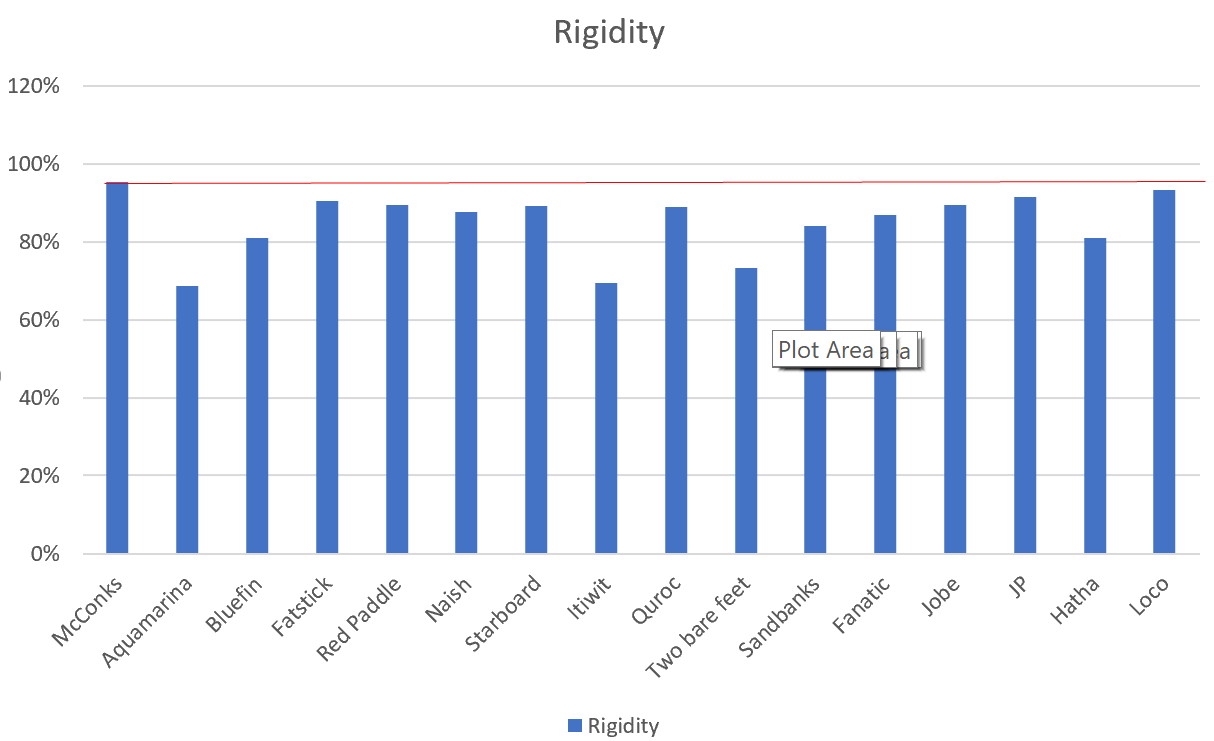 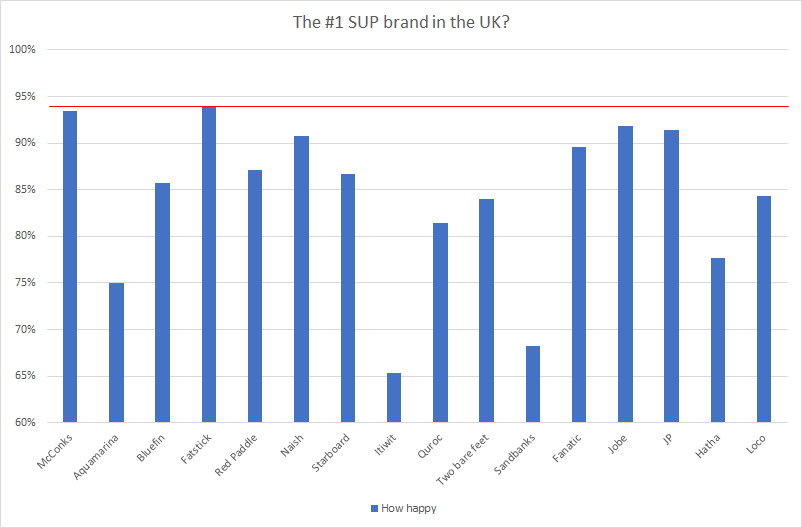 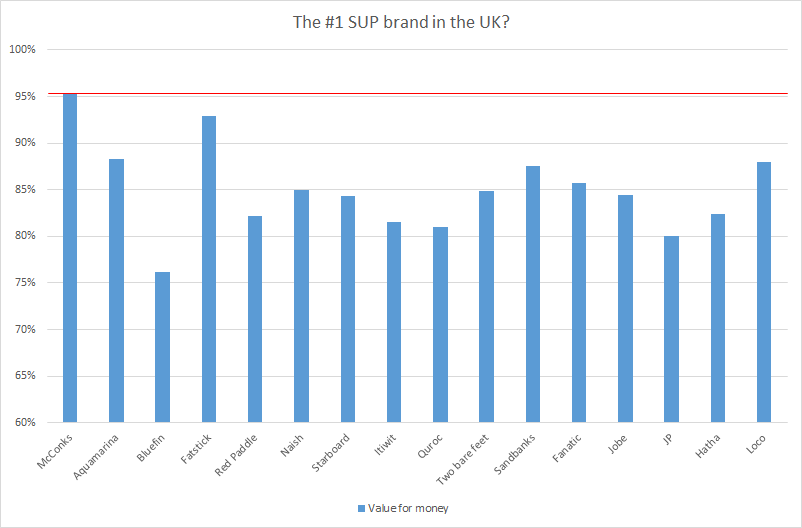 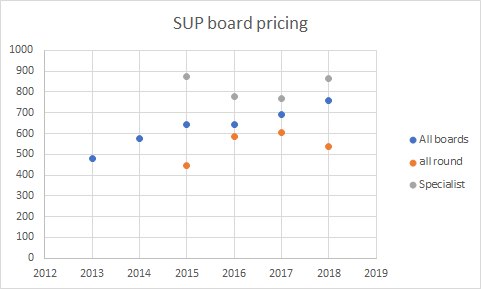 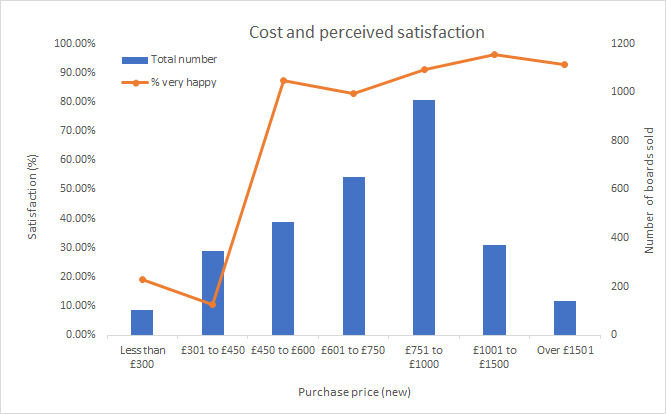 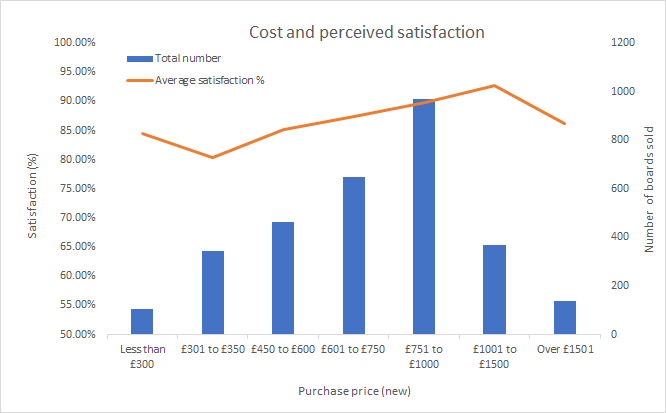 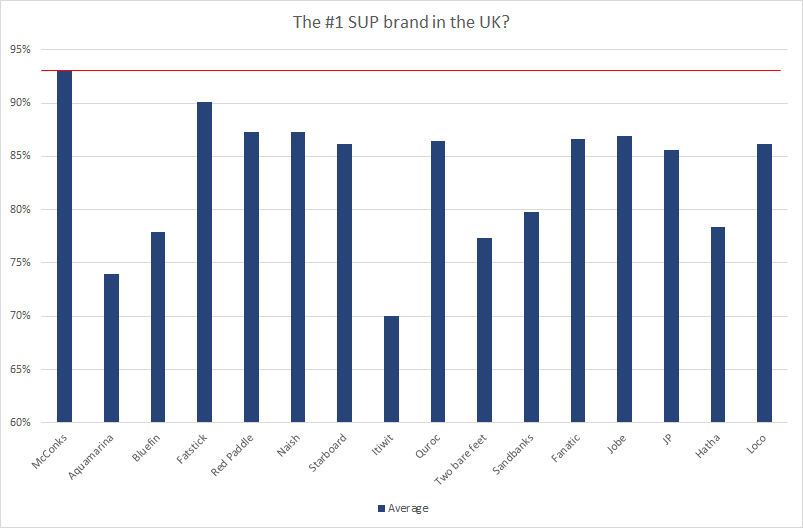 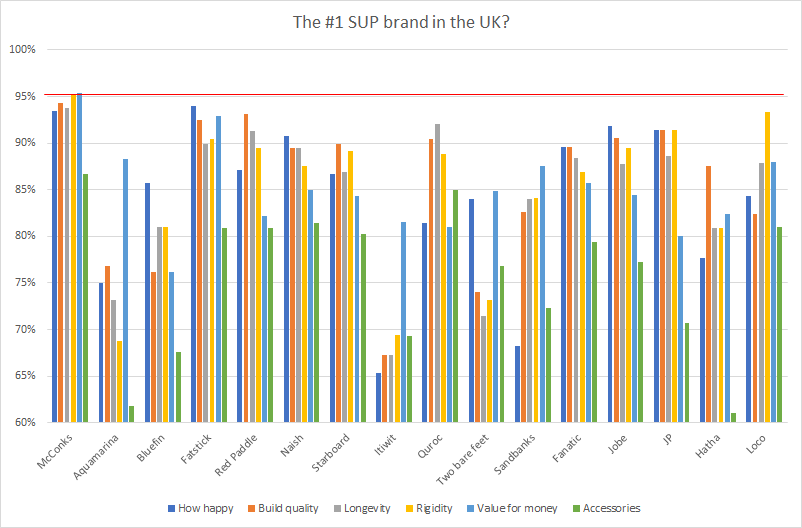 All respondents scored each of the parameters between 0 and 7. The total score for each brand was calculated as the average score for that brand, and turned into a percentage.

1  The star prize in the survey was a McConks iSUP board, and McConks were the headline sponsor.