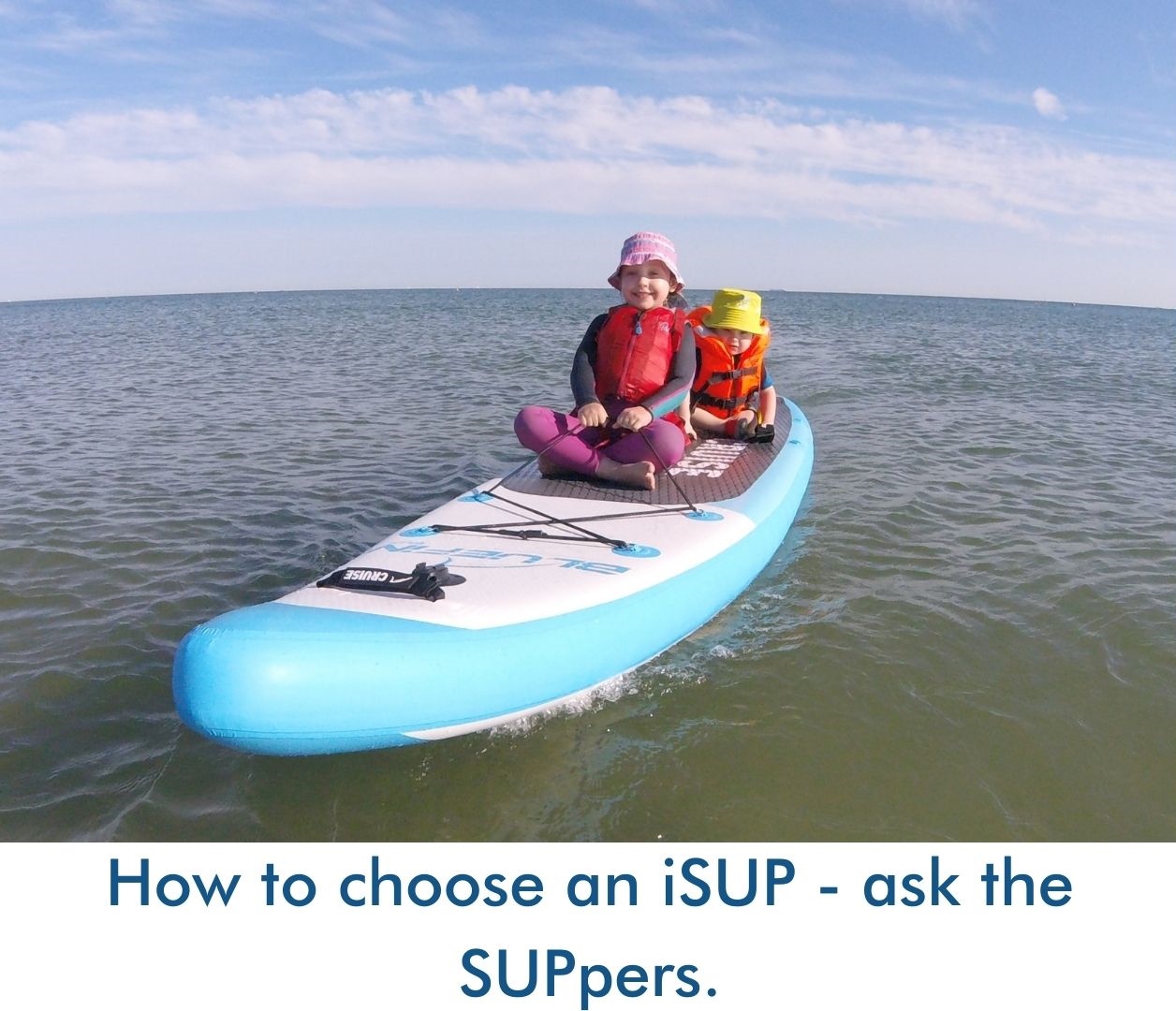 How to find the best inflatable stand up paddle board.

There are lots of inflatable paddleboards available. From boards costing £80 on scam sites, to rather expensive iSUPs costing over £1,200.

There are many thousands of words written by people about how great their SUPs are. Lots of these words appear on social media as ‘real people’ quotes. But often they’re just adverts written by marketers and then copied by brand ambassadors.

There are lots of reviews in magazines, but more often than not these reviews appear alongside adverts by the same brand, and are paid ”advertainment’ or ‘infotainment’.

There are often reviews by SUP instructors and leaders of local SUP groups. But these reviews can often be influenced by how good a deal the instructors have got for them and their members. And sometimes the instructors get a referral fee for every board they sell.

So how do you decide what is the best SUP for you?

To make it easy for you to decide what paddleboard companies you can trust, we used the power of social media to ask real paddleboarders what they thought.

We asked over 3,000 active paddleboarders what company they wished they had bought from when they started paddleboarding  (1) .

And this is what we found…

The number 1 SUP company recommended by real paddleboarders is….

Top of the list was Red Paddle Co.This is not surprising – wherever you go in the world, you are likely to see one of their boards. UK based Red Paddle were one of the earliest SUP brands and with 10 years concentrating solely on inflatable SUPs they are the longest established SUP brand and number 1 in our poll.

Number two on the list is Starboard, the global watersports company with an environmental conscience. Starboard were one of the original pioneers of windsurfing and have been making paddle boards since the early days of SUP. With sponsored athletes including Connor Baxter, Fiona Wylde, Michael Booth, Ryan James and Marie Buchanan, orange (and pink) nosed hard raceboards are regularly found at the sharp end of the international and local race scene.

McConks, number three on the list, are a relatively young UK family owned company. McConks pride themselves on the quality of their boards, their sustainability and ethics while keeping the purchase cost down to help spread the stoke of SUP.

What’s even more surprising, is that some of the companies that you regularly see advertised as voted number 1 in the UK, or best reviews in the world, or on amazon or facebook as the best selling boards in the UK, had very few votes.

So hopefully this will help you decide where to go when looking to buy your first SUP board – you can benefit from the growing pains that over 300 paddleboarders have been through in the past.

If you want to ask for opinions on any board, head over to the SUP hacks facebook group for friendly and honest advice.

(1) This was a survey on an open, public facebook group (SUP Hacks) of over 3,500 members. The admins of SUPhubUK are also the owners and moderators of SUP hacks, and both are sponsored by McConks.

The original poll was seeded with over 12 brands to choose from, but respondees were invited to add any brands that were missing.

“if you knew what you now know when you started paddleboarding, what brand of inflatable paddleboard would you choose?”

Over 300 people active paddlers responded, and over 80 comments were received in the space of 24 hours.

(2) Figures correct as of 09.00 GMT on 29 October 2018, the poll is still ‘live’ on SUP Hacks and figures will therefore change. Only those brands with three votes or more on the above date have been included in the table. Brands that had less than three votes were: Freshwater Bay, Sandbanks SUP style, Nepute SUPs, Hydro-force, Redwood Paddle, Hypr Hawaii, Swell Hunter, Mellowave, Tripstix, Bluefin, Coldwest, Billboard, GoPlus, Hala, Itiwit, Imagine, Tower Paddleboards, Jimmy Lewis, Hot Surf 69, Aquaparx, I love SUP and Bic.